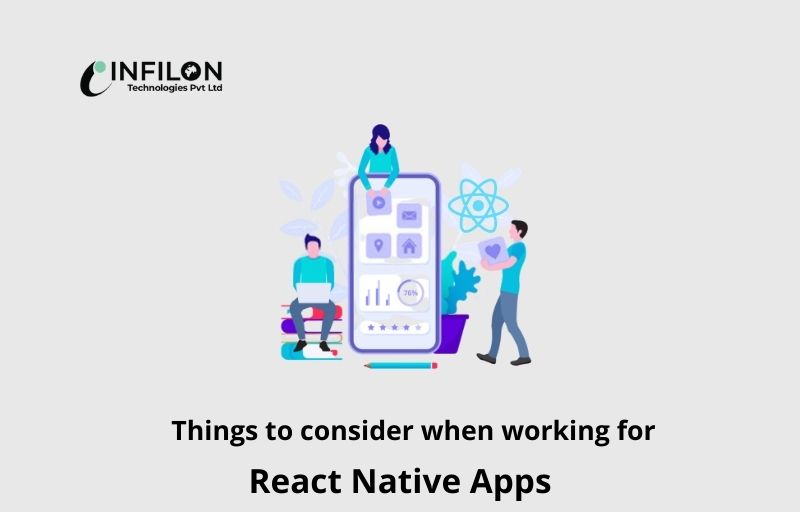 Things to consider when working for React Native Apps

One of the good things about using React Native is its ease of learning. Over time, Facebook has made changes and improved the response to original documentation. As with other settings, you usually need to learn difficult concepts, but with React Native you just need to know the basic things, read its basic section and all those things you need to do while working for React Native Have to know clearly what you need to know.

App developers can build native applications with Reactive Native. This greatly facilitates the appearance and function of the app for the user. If you use other settings, you will not get the look of the original application, and working on it may be slow. It also did not feel comfortable. But even when you use JavaScript, the app runs very smoothly.

Working on React Native is quite cost-effective. Most of the code developed on this app can be reused by developers on different app development platforms. Therefore, codes that have already been written can be used. This helps in reducing the cost incurred while writing the code.

If a developer already knows JavaScript, they can learn to work with React faster. In this way, a front end developer can quickly replace a mobile developer. As Facebook has invested in increasing the reach and ease of React Native by making many improvements to the interface, it has become easier to work with.

In the initial phase React Native only worked with iOS but recently with some changes and additions, it started working with the Android operating system. React Native is also an open-source which means that it can be used by developers to build applications compatible with different platforms.

Use of React Native on various reputable apps

At the present time, nearly thousands of apps are already in use with React still in development mode. Some of the most popular companies that use React Native for their app development are Facebook (explicit), Instagram, Airbnb, Walmart, etc.